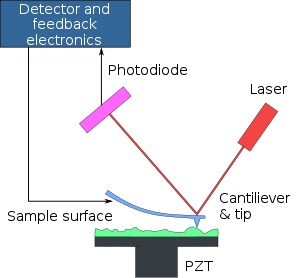 This was the first image taken by the Advanced Projects Lab AFM, without scale and with low resolution. It is still possible to see the groves in the platform of which the image was taken.